A short story and photo series by Shameelah Khan

For my late grandfather.

Under the weight of the moon

Managing to make water the shape of its shadow

Prancing around in gallons

And a house that mourns

And the sun settles

Than what it is given

Growing up, I had remembered my grandfather as a stern man with a powerful gaze. His piercing green eyes and his tucked-in-shirt would never leave my memory. The night dragged and time felt like it was stuck in a prolonged coma. The smoke from the Palo Santo wood had filled the last of my chest and my breath lingered above me. I went to the place where dreams do exist and familiar souls wandered in dialogues of loss, pain, memory and healing. My grandfather was wearing the Ihram he wore on our last trip with him for Umrah. A very difficult trip, because we had not known the extent and severity of his Alzheimer’s. In the dream, my grandfather was trying to tell me something and stitched-together-sounds left his toothless mouth and every so often his nose would crinkle from side to side. He didn’t say much to me then, except that my father needed to visit him because he felt he did not have much time left, he was struggling to remember Surah Yaseen even though he always told me that the heart will never forget the words of Allah , “but,” he said “the heart is tired.” And lastly, he said that his lower back was hurting.

He sat on the bed of the old age home. His body was a combination of fragile put- together limbs, barely holding itself up against his skin. My grandfather’s hands were slowly shaking and his eyes were locked on the ground. My father walked toward his father, who no longer remembered him. The world had seized beneath me when my grandfather looked up, eyes as green as polished marbled met mine, “Shameelah, you came,” with a gentle smile, he reached out to take my hand in his.

“Bismillah,” he said and my aunty began to recite from Surah Yaseen. One of his favourite verses in the Quran.

We sat there, father, daughter, aunty, grandmother and grandfather listening to the sound of Arabic fill the room of dying strangers.

Verse number 40 of Surah Yaseen: “It is not permitted for the Sun to catch up to the Moon, nor for the Night to overtake the Day. Each just swims along in its own orbit, according to its own law.”

I had found my father standing outside smoking a cigarette. I wanted to speak to him, to touch his hands or for him to allow me to hold his pain of loss in mine. But, my father never spoke of pain and we never really held each other through loss. Not in the ways I had wished for. I stood beside him instead and watched as he dragged on his cigarette and stared ahead at the block of flats across the road in his childhood home in Eldorado Park.

“Can you see that brick wall in the distance?” his index and middle finger clutching the cigarette, holding it out as a pointer.

“Once when I was younger, I bunked school and Papa came looking for me. I was so scared I hid behind that broken wall. When he found me, I was so afraid of him, I burst out crying and promised to never bunk school again. Papa was very strict with us.”

I looked at my dad and sarcastically let out, “I can’t ever imagine you ever bunking school… ”

He dragged on the last bit of his cigarette, blowing out and speaking at the same time, “Papa was always so firm like that with us…stern.”

My grandfather’s body was placed in the living room. The smell of camphor filled the emptiness of the space and welcomed faces that I had never seen before. I searched for my father but never saw him again until the body was taken to the graveyard that afternoon. The sound of tears filled the room, little conversations about my grandfather travelled in short intervals, some ladies couldn’t find the bathroom, others sat in the bedroom reading Quraan, moments of laughter heard from the kitchen and the Imam prayed for my grandfather to rest in peace.

From the corner of the door, some light peeked in and touched the side of the white sheets that my grandfather was wrapped in. A minute before the men had walked in to take him away, his voice travelled towards me and in the cutting space of light and death- he whispered,

I will visit you sometimes. 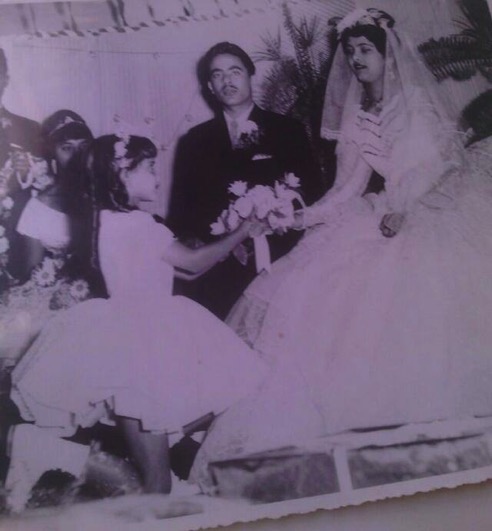 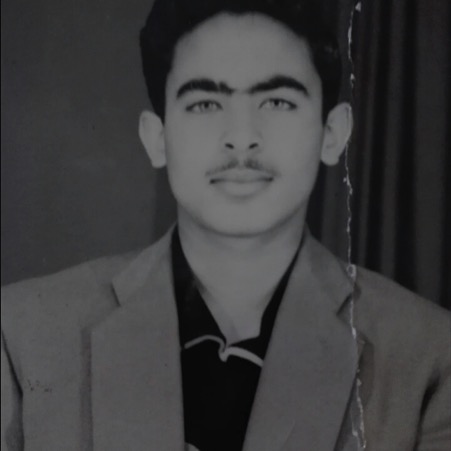 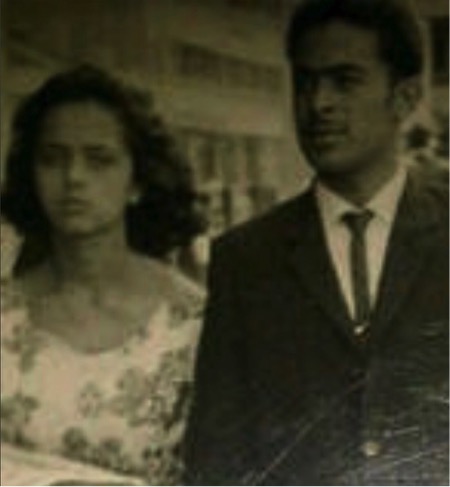 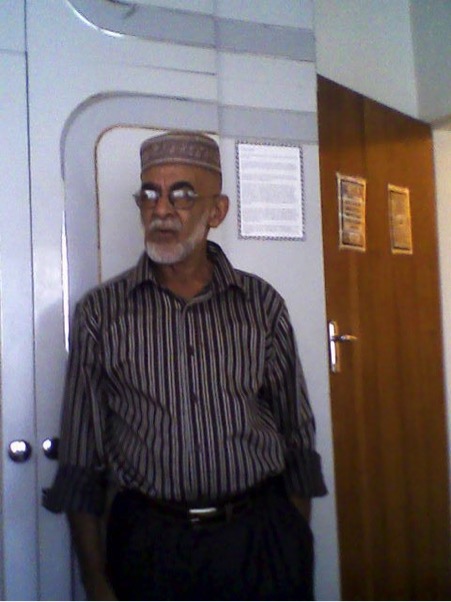 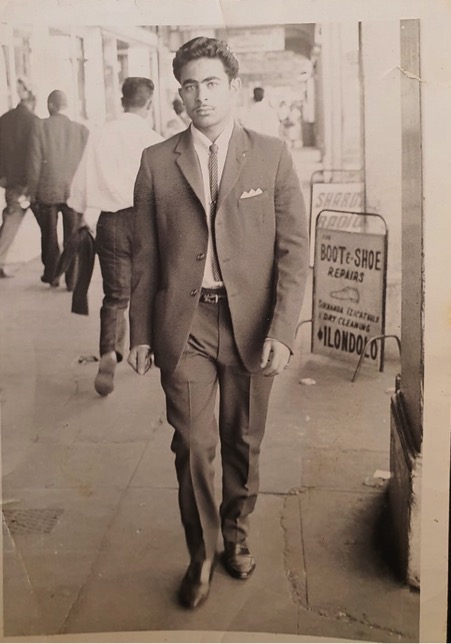 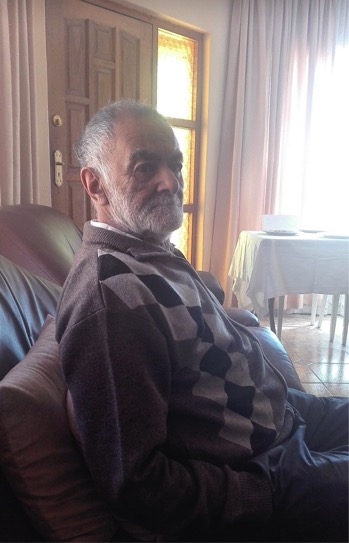 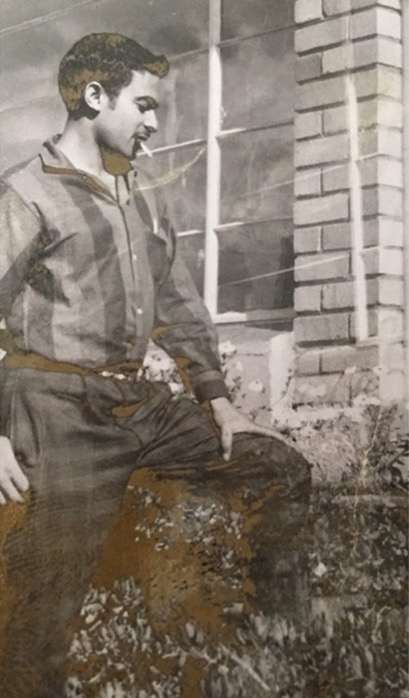 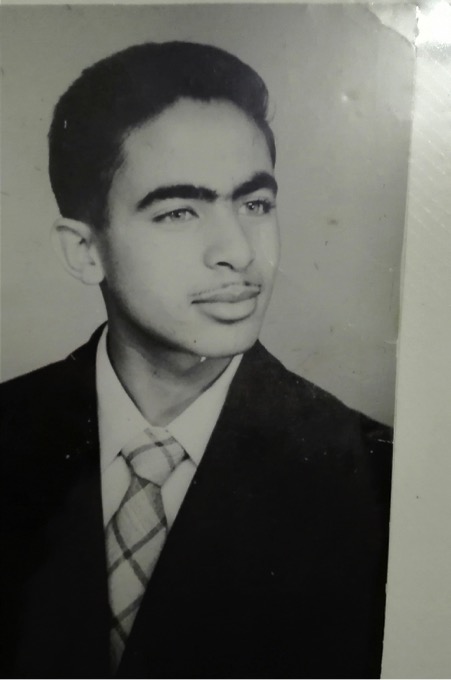 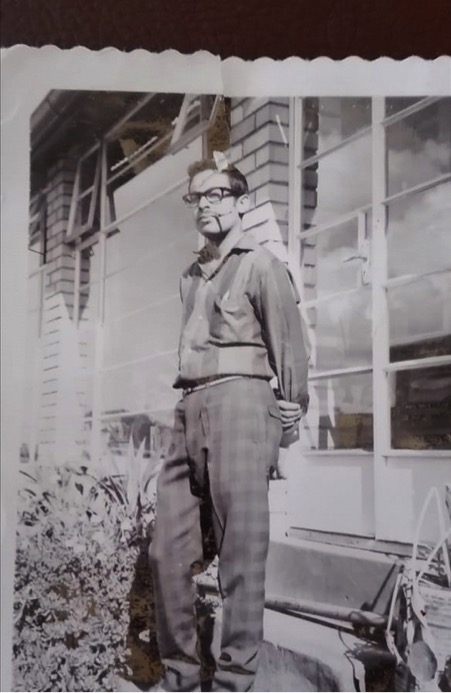 About the Author: Shameelah Khan

Shameelah Khan is a documentary filmmaker and lecturer at AFDA University in Johannesburg. She is also co-director of “Odd”, an online arts magazine and is currently completing a Masters in film, researching the representation of Muslim women in cinema.